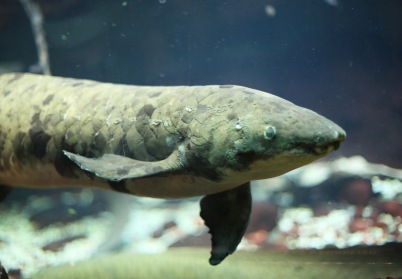 Hard to believe it’s been almost two years since my last post. In that time, I did a bunch of print, radio and TV interviews for After Darkness (which has sold thousands of copies and been nominated for several awards, including the Miles Franklin). I wrote a newspaper article about the WW2 internment of Japanese civilians in Australia, and recorded a radio segment about the mixed-race Japanese internees and their struggle with identity. I gave a talk in New York and in LA about my work. I started a script about a foreigner living in Greenwich Village. I wrote a short story about a teenager yearning to escape rural boredom and his drunk dad. I attended Tin House writer’s workshop in Portland, Oregon. I started researching a new novel. Oh, yeah, and I had a baby.

About the new novel… Although I’ve been thinking about it/researching it for more than a year now, it’s still in the R&D phase (yes, I’m a slow starter, but I’ve also been preoccupied with looking after a tiny human) – the most exciting phase for me, so full of hope and glory (without the weight of reality)! It’s about the journey that two Australians take to attend the Chicago World’s Fair of 1933. One character is an amateur naturalist involved in the transfer of aquatic wildlife to the fair, and the other is making the journey separately. It’s an adventure, and also a thwarted love story. I’m writing it partly because I wanted to write something different to After Darkness – something lighter, that doesn’t involve me being in a traumatised and wilfully obtuse man’s head for months on end. In this new novel, I’ll also be tackling the slightly daunting omniscient third-person mode of narration.

The idea for the novel came to me laterally. I’ve always loved early Art Deco posters,

especially the world’s fair posters, and I was looking at buying prints of the 1933 Chicago World’s Fair: A Century of Progress. As I trawled the internet, I thought: Wouldn’t it be good to set a novel at the Chicago World’s Fair? There would certainly be plenty of drama and spectacle that would make great narrative fodder. I already had two characters in my head, and I felt that at least one of them was Australian, so I jumped on the internet to research links between Australia and the Chicago World’s Fair – and bingo! I discovered that Taronga Zoo in Sydney donated lots of aquatic wildlife to the fair in 1933.

So why the picture of the fish (top)? He’s pretty special – he’s an Australian lungfish known as Granddad. He’s one of the original fish that Taronga Zoo donated to the Chicago World’s Fair, and – wait for it – he’s still alive in Chicago today! Yep, he’s thought to be the oldest aquarium fish in the world; his age is estimated to be about 100 years old (he was already fully grown when he was donated in 1933). He outlived the lungfish that came with him in 1933, and all attempts at breeding with him have proved fruitless. 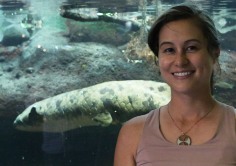 Kris and I visited Granddad at Shedd Aquarium in Chicago in May. The lovely Karen Furnweger in the editorial/content management department (and author of a book about the history of Shedd Aquarium) furnished me with some vital information about the transfer of the fish from Australia to Chicago, and took me on a tour. Apparently Granddad usually wallows at the bottom of the tank and hardly moves (like most grumpy old men), but on the day we visited he was very active: swimming, taking gulps of air at the surface and foraging for food. A good omen, perhaps? Granddad and the other lungfish are of special interest to the amateur naturalist in my novel. I loved the idea of this ancient creature (lungfish are known as “living fossils”) taking centre stage at a fair that’s all about futuristic innovation – the clash of the old and the new. Fingers crossed Granddad stays alive until the publication of my book!

(There’s also an eerie parallel with my own life: when I was 6-7 years old, my father worked in Tokyo as assistant trade commissioner, overseeing the transfer of koalas from Taronga Zoo to Tama Zoo in Tokyo. My sister and I have fond memories of that time: living in an apartment in Shibuya, getting lots of koala merchandise (stuffed toy, koala backpack), pretending to eat lacquered koala poo… Yes, one of the merch items was lacquered koala poo.)

And in something of a coincidence, Hollywood is all abuzz about Scorsese’s new film portraying the serial killer H.H. Holmes who killed dozens of people at the 1893 Chicago World’s Fair. It’s based on the bestselling 2003 novel by Erik Larson: The Devil in the White City. Similar to my novel, but different enough that my book won’t seem like a tired idea by the time it comes out… I hope!

www.christinepiper.com I’m a mixed-race Japanese-Australian writer and editor. My debut novel, After Darkness, won the 2014 The Australian/Vogel's Literary Award and was shortlisted for the Miles Franklin Literary Award. It's about Japanese civilian internment in Australia (see: lovedayproject.com) and Japan's biological warfare program. My articles, reviews and short stories have been published in various newspapers, magazines, journals and anthologies.
View all posts by C Piper »
« A shot in the dark